If you’ve traveled by air over the past few weeks anywhere from northern Florida to Maine, it’s likely you experienced a delay or cancellation due to weather. Between the “bomb cyclone” that grounded over 4,000 flights in a single day and the recent unusual snow in Atlanta that brought TSA operations to a crawl, 2018 has already seen plenty of travel disruptions due to Mother Nature.

In the managed travel realm, the impact goes beyond traveler inconvenience. Meetings are missed and productivity is lost as travelers wait in long lines and hold for hours to find new flights. Costs go up when they are grounded and need additional hotel nights. The good news is, technology is making a positive impact. Freebird and Flightsayer are among the new services meant to improve the travel experience and help businesspeople make their meetings. The emergence of these players is not happening at the expense of traditional travel management companies. Rather, collaboration between them means a better situation for all.

“TMCs are not going anywhere anytime soon,” said Freebird CEO Ethan Bernstein. “Corporations are going to continue to rely on them for travel services including negotiated rates, customer service and support, and duty of care, among others. The mindset for travel technology providers should be, ‘How can we enable TMCs to provide tech that matters to travelers?’”

Heading to the Global Business Travel Association convention in Boston last year, one of our partners used the Freebird free trial. After a flight cancellation on the day the conference kicked off, our partner (somewhat forgetting he had signed up for the free trial), was resigned to waiting in the long line forming at the airline customer service counter when he received a text message from Freebird. He was offered a selection of new flights to get him to Boston. With a few clicks he had selected a new flight on a different airline set to arrive just 45 minutes after his original flight. He was even upgraded to first class.

Because Freebird covers last-minute, one-way tickets users need, airlines realize additional revenue. Bernstein, though, noted that about half of Freebird users in need of rebooking use the same airline with which they originally booked. That’s because Freebird’s fast response time lets them bypass airline customer service lines.

According to the company, its “first-time reply” to users during the early January snowstorm on the East Coast was seven minutes compared with airline phone hold times of more than two hours.

In addition to paying for a new ticket on a different airline, if that’s what the user selects, Freebird refunds the cost of the original ticket once a waiver is issued. During the January storm, impacted users on average saved $1,369, according to the company.

In another example of travel technology coming to the rescue, Flightsayer saved my trip to moderate a panel at the GBTA Nebraska-Iowa chapter meeting this last month. Flightsayer sends users up-to-the-minute predictions on flight disruptions.

The weather forecast did not look promising the night before my trip, which had me connecting through Charlotte, an airport that rarely experiences snow. After signing up for the Flightsayer free trial, I started receiving updates on my flights. When I went to bed, the probability of a delay was a six (out of 10). When I woke up the next morning, I received an email that it was now at an eight.

I called the airline, which honored my travel waiver and rebooked me on a slightly later flight with a layover in Dallas, allowing me to skirt the weather. Turns out, my original flight to Charlotte was cancelled.

Had I not used Flightsayer, I likely would have missed my meeting.

We predict these types of money- and time-saving services will only gain more traction as more efficiencies are realized through artificial intelligence and voice-activated technologies.

GoldSpring partner Will Tate foresees AI handling cancellations and rebookings, and contacting related parties with changes – with all steps in the process cascading throughout the traveler’s calendar. “All the information is already digitized,” he said, “so the logical next step is application.” 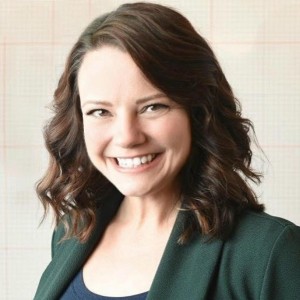 PrevPreviousA New Strategy for Hotel Sourcing
NextWhat’s the Best Way to Communicate with Your Travelers?Next